Back to From the crew
Next post: True Stories From Outreach

What Am I Supposed To Do With My Life

Junior college was something I did right after high school. Not because I wanted to, but because I didn’t know what else to do. I enjoyed the atmosphere of being in college but I wasn’t motivated to succeed. I didn’t know what to study so I enrolled in general education and would sometimes fail half the classes I signed up for.

It ended up taking me twice as long to finish. The trouble was I didn’t have a desire for a degree and I had no idea what I wanted do with my life once I was out of college. 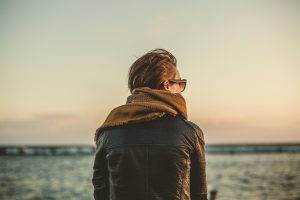 I remember hanging at the beach with a friend wondering, “What am I supposed to do with my life?” I just wanted to know but I had no way of finding out.

After I finished my last class, I was on a plane to Australia. I had heard about a Discipleship Training School (DTS) and to my surprise, was going to be leaving home for 6 months to learn more about God and YWAM. When I met the staff and saw how they lived, I knew I wanted to stay with YWAM after my DTS, which I did the following year.

When I arrived home, 1 1/2 years later, I had changed. I had learned a tons of things while away, made incredible friends, saw God provide finances, and found freedom, just to name a few.

The thing was I still didn’t know what I wanted to do with my life.

I loved YWAM and that community but I didn’t feel that that was where I was suppose to be. I loved missions but didn’t feel like I had a calling somewhere specific.

As I continued to adjust to life after YWAM, I jumped right into work and grew more in my understanding of how to apply the things I learned in YWAM to my surroundings. Through work, I was able to be an example to those around me. I befriended customers and even led one to the Lord. I felt God was showing me that my mission field is wherever I am. 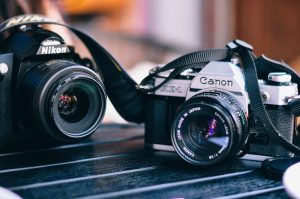 During this time, I took a photography class and found that I loved it. I wanted to do something with it but I didn’t know what.

A couple of years later, I was in New Zealand helping out with YWAM. I was only there a few months but it was here where God revealed to me the next piece of what I wanted to do.

I was having coffee with a friend and through that conversation, she mentioned a media school happening in Australia. The moment she was done explaining how the students were taught different forms of media to tell the stories of people from developing countries. I was sold. I blurted out, “That’s what I want to do!” I was surprised at my reaction but I knew that was my purpose.

Instead of flying to Australia like I was thinking, I flew home. 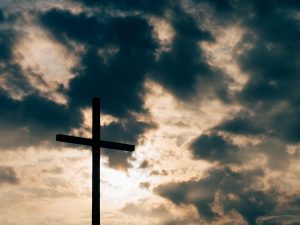 The Sunday before I left, I attended a church service where the guest speaker was speaking prophetically over people’s lives. He spoke to me about things no one knew I was dealing with. I had been seeking God on whether I should go to Perth for the media school or go home.

When the speaker spoke over my life, I felt that God was talking to me. Even though I really wanted to go to Australia and take that media school, I felt God was directing me home to get a degree. It would be there that I would get the tools needed for what He was calling me to do.

Once I was home, I applied to a University in California, was accepted, and started the following year. None of this seemed real. Before I left for NZ, I had no intention of ever going back to school. I didn’t see the need for it. Now here I was, a year later, and actually excited to be starting school again.

When the semester started, my eyes were wide open and I was determined to do well. One thing I was nervous about was studying because I didn’t really know how to study. I set up a goal to not get a C or lower in any of my classes. 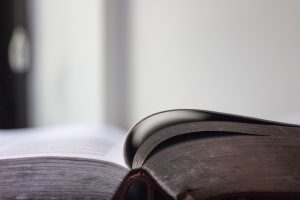 A few weeks in, while I was reading one of my text books, I was hearing lies in my head. They sounded something like: “Why are you doing this? You know you’re going to fail,” “You should just stop,” and “You’re not going to succeed.” I tried to push past it and keep reading but it was distracting and somewhat upsetting. It was as if those thoughts were trying to stop me.

After a few moments of this, I slammed my book down on the table and yelled, ”Stop it! I am not going to fail! I am not stupid! You have no place here! Get out my head and get away from me in Jesus Name!”

I was pissed off, fired up and there were tears streaming down my face. I had worked through these issues in Australia and now they were back in my face as I was trying to do homework. I knew if I cried out to God, He would help me.

Once I said all of that, I never heard those thoughts again.

When the first semester finished, I had succeeded in getting A’s and B’s in all my classes. I cried when I saw the final report. In that moment, I knew I wasn’t stupid. I was smart. For the next 2 years I would continue to succeed in school and graduate with a degree.

Check out the school we offer!

Are you interested in knowing more about DTS and how it can help you throughout your life? Contact us.