The Field Team Step In…

When a field team sent from Port YWAM Kona arrived in Vanuatu last spring, its goal was to bring relief to a nation whose natural resources were devastated by Cyclone Pam days earlier. A severe drought has worsened the situation since the storm. It is the result of El Niño, a phenomenon in which the Pacific Ocean becomes unusually warm, setting off unpredictable global weather patterns. Members of the field team — part of the justice-themed Discipleship Training School held at the YWAM Ships headquarters in January — said their primary project was to help increase the clean-water supply.
.
“It was really important to get them filters because filters could actually use the contaminated water and then they could drink that water,” said 26-year-old Nick Mason, of Virginia, a member of the team.
.

The need to make dirty water drinkable has only increased seven months after the cyclone. It became an urgent concern after wind from the March storm knocked the lids off of catchment tanks, which are widely used in Vanuatu to gather rainwater for consumption. The damage allowed debris to be carried into the tanks, making them unsanitary. Water from wells also became unsafe to drink. YWAM Ships volunteers cleaned catchment tanks, built new ones and drilled wells in many villages. However, the drought has limited the amount of water being collected using those systems, leaving some villagers to draw from polluted rivers.
.
“Most people know not to drink the river water unless it’s a super desperate situation,” Mason said. “If they’re desperate, then they don’t really care what they know. They just drink it.”
.
According to UNICEF, the drought has dramatically increased the number of people relying upon rivers to quench their thirst. This trend — as well as the damage to Vanuatu’s vegetation — could lead to a greater toll than the 11 deaths reportedly caused by Cyclone Pam.
.
“In combination with shortages in safe drinking water, diarrhea and dehydration, these conditions are proving deadly, especially for the youngest, oldest and other very vulnerable people in communities,” Dr. Karen Allen, of UNICEF, wrote in a report.
.

The Port YWAM team distributed at least 100 Sawyer water filters to villages around Vanuatu. The filters are best used to treat water from relatively-clean sources such as wells and tanks, but can also be used for river water. Mason said that as a last resort, his team “handed out the filters and said ‘You can use the river water, but try and make sure it’s not the muddiest river water,’ because then the Sawyer filters will not function properly.”
.
Members of the team also met with community leaders to teach them how to use the filters and why the devices are necessary.
. 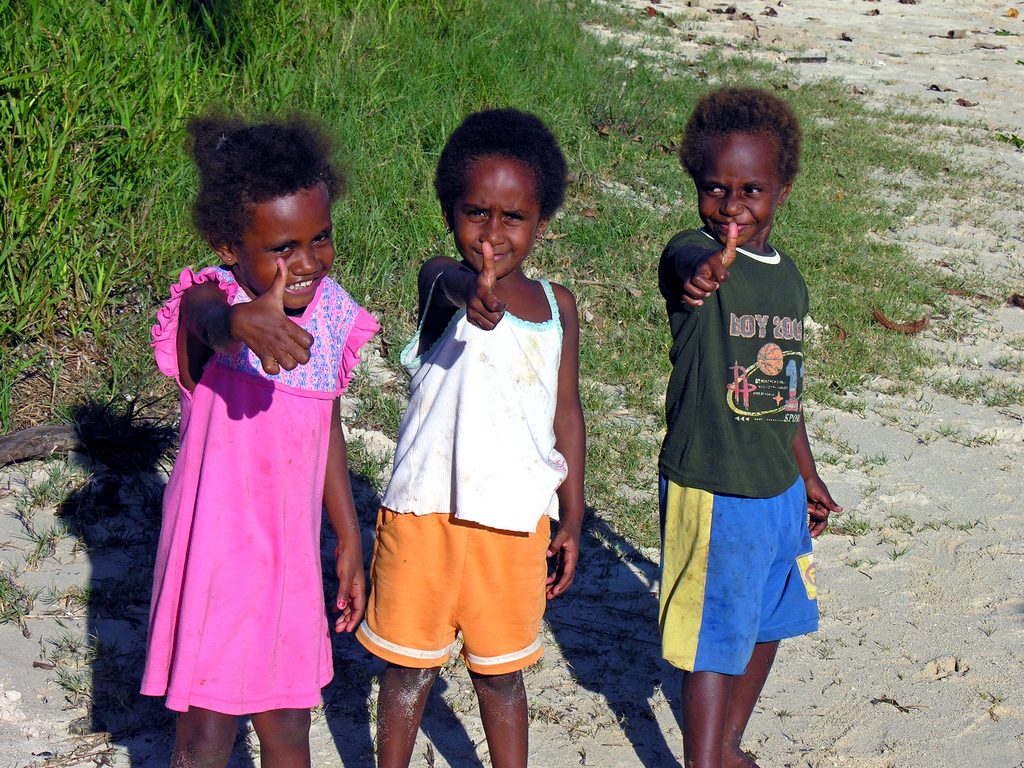 Our goal was to bring all the elders together in the village and teach them how to use the water filters so that they can teach others how to do it,” said Conner King, 23, of California. “There’s a main village and then little family sections in the villages. You call the heads of the families together and teach those heads how to use the filters. Then we send them home so they can teach their family members how to do it.

YWAM Ships partner ministry JUSTICEWATER, in coordination with YWAM Vanuatu, has raised more than $26,000 to purchase hundreds of additional filters to be distributed around the outer islands of Vanuatu.
.
To make a donation toward additional water filters, click here.
.
Photos by Phillip Capper
To make a donation, click the link.