The University of the Nations Poipet is one of YWAM Ships Kona’s sister ministries. Their first Discipleship Training School (DTS) is reaching the end of their outreach. Here’s a snippet of what the team has been a part of:

We are nearing the end of our first ever DTS! Our team is currently on outreach in Indonesia; moving from village to village preaching the gospel as they go. On Monday night, they were in a tiny one-lane village, sharing at an event put on by three different churches from that community.

The village they had the service in.

The team had been up against spiritual opposition all that day, feeling sick, tired, and overwhelmed. They pulled together, prayed it off, and jumped into the service; relying on God for their strength.

After presenting a skit, one of our young Khmer students, Tut, got up and shared his testimony, focusing on God’s goodness, which then opened the door for our DTS Leader, Conner, to lead the gathering in a time of prayer and reconciliation!

He shared on how God will always answer our prayers, but sometimes it takes a little persistence and He doesn’t always do it in the ways we expect. So from there Conner invited everyone who needed prayer to the front, and our team of Cambodians went to work praying for people.

Conner described the team’s excitement for prayer that night, “The guys go off whenever given the opportunity to pray. They just explode!”

There was one man in particular that Pheap and Ramorn were praying for that was manifesting a demonic spirit. The team was told that he had been very angry and had enemies in the village, but he was there receiving prayer! 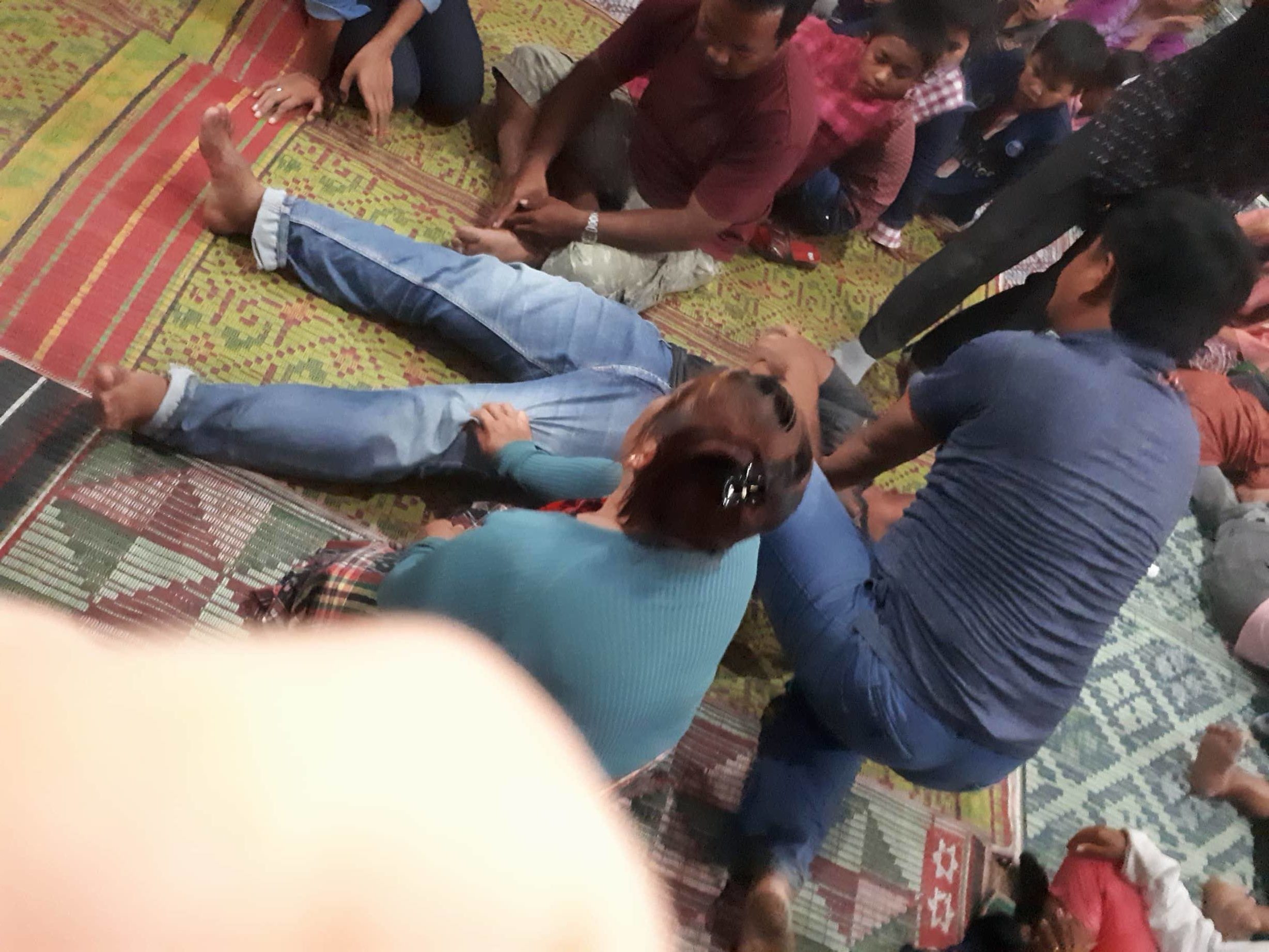 The man getting prayer

At one point it got so intense that the man was yelling, “I’m so hot, I’m so hot”, as he felt a war going on for his spirit. Pheap and Ramorn wouldn’t give up. They continued to pray for this man and soon even he began to pray against the spirit inside of him, yelling at the demon to leave!

In the end, it came to a point where the man had to take ownership of his freedom and stand on his own two feet. As he struggled up, Conner shared with him that he was loved [and] that he was forgiven. The man responded, “No you’re wrong. I have too much bad karma to be forgiven”.

The team continued to share how much God loved him and he was accepted. Then he finally believed, shouting, “I am forgiven and I am loved”, as he praised God at the top of his lungs! 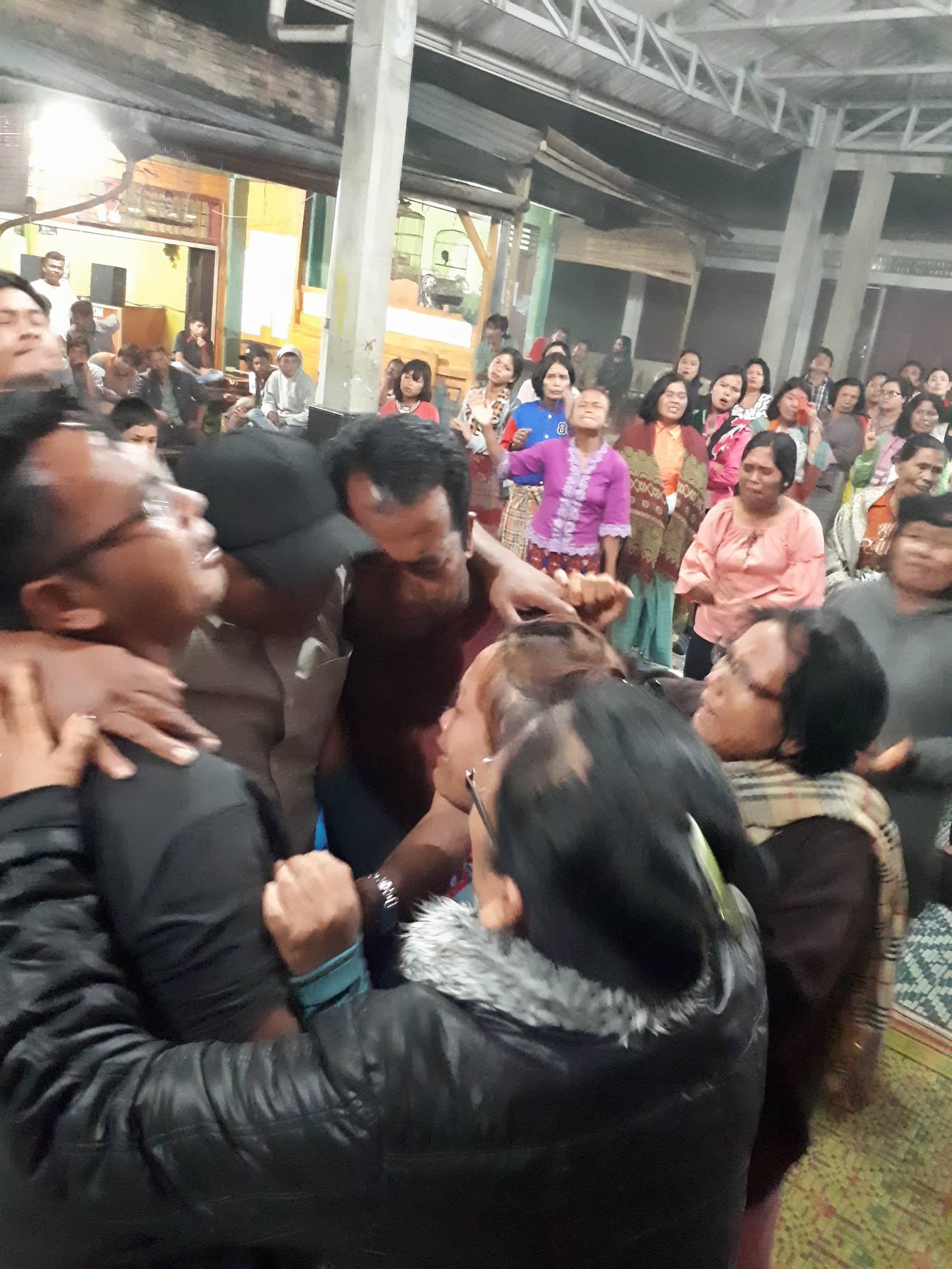 The groups coming together in reconciliation

He then called to one of his neighbors, someone who had been his enemy for a long time.

They came up to each other, talked and embraced! There was so much reconciliation that night. God brought about reconciliation between two entire groups because of that man’s forgiveness.

University of the Nations Poipet