Previous post: I Wanted To Leave My DTS
Next post: Bibles, Kids, and Ships, Oh My! – Mexico Update

A Brand New Life For Darrel

Within the first ten days after the m/v Pacific Link had left Alotau, they’d completed more than 62 eye surgeries on board. One touching story that unfolded during that time involves a loving grandfather and a little boy named Darrel.

Darrel, a 3-year-old who loves his grandpa more than anyone else in the world according to his nurse, had been born with very dense cataracts. He had only been able to distinguish between light and darkness his whole life. His grandpa said that he would navigate around his house and village by touch throughout the day, but as soon as the sun began to set around 5 every evening, Darrel would freeze. He would remain right where he was and call out for his family to come get him. Once the light of day faded, he was unable to get his bearings in order to get home. There is a river close by to Darrel’s home and a week prior to his surgery, his grandpa said they found him knee deep in the water crying out for help.

Darrel’s life changed dramatically when his grandpa took him to the Pacific Link for cataract surgery. The morning when the nurses removed the patches from Darrel’s eyes, a miracle was unveiled. Darrel could see his beloved grandpa for the very first time in his life. When Darrel returned to his home later that day he was able to see his parents and two siblings as well. 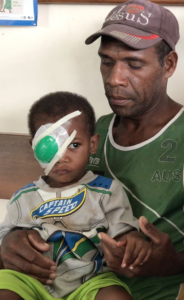 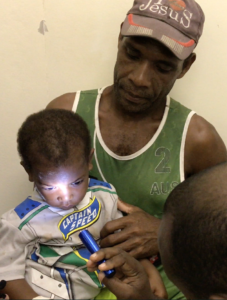 That day was an emotional one for everyone involved. Darrel can now lead an entirely different life than the one before because of a wide array of volunteers all doing their part to make miracles like this happen. 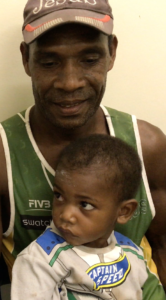 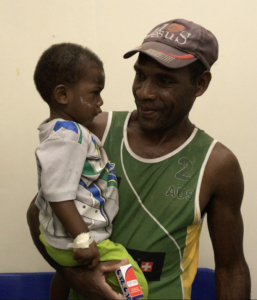 We are committed to seeing more stories like Darrel’s unfold and so the next three weeks we are raising funds specifically for our new ship. The m/v YWAM Liberty is currently in Cairns, Australia completing surveys and ownership changes, as well as being prepared to go on her maiden voyage to Papua New Guinea.

Thanks to everyone who has donated so far and partnered with us in making it possible for more people like Darrel to be served. Within the first phase of donations for the YWAM Liberty we have raised $405,818! We need $240,000 to see this maiden voyage become a reality. From this upcoming first outreach we will understand better how to design and move into the next phases for the YWAM Liberty – outfitting the hospital and adding additional living and service space inside the cargo hold.

Exciting days lie ahead for our crew and those we love to serve, like Darrel!

To make a donation, click the link.
[ess_grid alias=”bottom-blog-grid-news”]