For a large portion of my life I’ve always felt like I was waiting for something. Like I was standing in a place of in between. Holding my breath because I knew something better was coming. Sometimes I waited for months. Sometimes just 47 days. Years later in some situations, I am still waiting.

I’ve been waiting for God to move, to speak, to show me something, to even just remind me of His Presence in the dark. I know my perspective of waiting is small compared to some stories we read in the Bible, but I feel as though God has deeply pressed this on my heart.The idea of keeping faith in that in between place is a major thing we as believers need to grasp. In Hebrews 11:1 it says, “Faith is the confidence that what we hope for will actually happen, it gives us assurance about things we cannot see.” 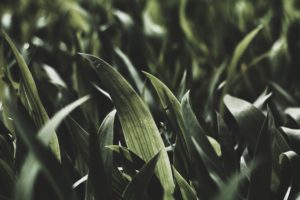 Abraham is an example of waiting in faith even when circumstances seemed impossible. Romans 4:18-22 says, “Even when there was no reason for hope, Abraham kept hoping – believing that he would become the father of many nations. For God had said to him, “That’s how many descendants you will have!” And Abraham’s faith did not weaken, even though at about 100 years of age he figured his body was as good as dead – and so was Sarah’s womb. Abraham never wavered in believing God’s promise. In fact, his faith grew stronger and in this he brought glory to God. He was fully convinced that God is able to do whatever he promises. And because of Abraham’s faith, God counted him as righteous.”

Abraham had so many “logical” or “sensible” reasons to lose faith, to doubt God, to brush off His promises like they might have been said in mistake. But Abraham got it. It clicked for him. He knew that what was coming was bigger and better than what he knew before – so he waited. 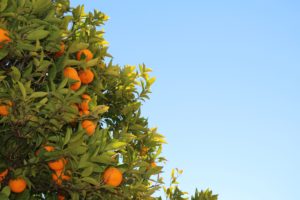 A couple of summers ago I was in Düsseldorf, Germany helping lead a short term missions team. A local pastor we were partnering with hosted a little BBQ for us on our last night, he spoke for maybe 20 minutes at most, but what he said has stuck in my head ever since.

The concept of a waiting room is something we are all familiar with. We make an appointment with a doctor and we sit patiently (sometimes) in their waiting room so they can see us. We usually go to doctors to get diagnosed; we go when there’s a problem inside of us that we lack the words or knowledge to define it.

And so we sit in the waiting room. Faithfully trusting that this physician will be able to figure out what is wrong inside us and know how to treat it.

The same is true for our spiritual lives. We can sometimes figure out that “something” is wrong, but we just don’t know what. So we go to the Heavenly waiting room. We wait and trust that God is going to do more than we could do by ourselves.

When you know that you don’t know, wait. 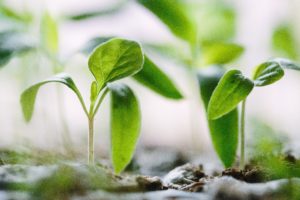 The times in my life when I have had to stand in the waiting room have been both the sweetest and the hardest moments of my relationship with God.

I’ve had to choose to press in when I wanted to run away. I’ve had to watch what I thought was my next steps and adventures slip through my fingers and disappear.

But I’ve also been met so intimately that my heart has been refilled with new life. I’ve heard Him speak so softly to me that I had no other choice but to lean into His arms and hear His voice ring true and steadfast.

When you’re in a place of waiting, when faith seems hard to come by, when you’re not sure if He’s even listening, hold fast. Wait for the One we know as Truth to speak. He’s going to speak, and it’s going to be with words of promise and love.

“Why do you complain, Jacob? Why do you say, Israel, “My way is hidden from the Lord, my cause is disregarded by my God”? Do you not know? Have you not heard? The Lord is the everlasting God, the Creator of the ends of the earth. He will not grow tired or weary, and his understanding no one can fathom. He gives strength to the weary and increases the power of the weak. Even youths grow tired and weary, and young men stumble and fall; but those who hope in the Lord will renew their strength. They will soar on wings like eagles, they will run and not grow weary, they will walk and not be faint.” – Isaiah 40:27-31