Previous post: You Only Get To Do Your DTS Once
Next post: Reaching Those Who Can’t Be Reached

That Time God Laughed At Me

I went into my senior year of high-school with a perfectly arranged plan for the next five years of my life. I was going to graduate in the spring, go on a missions trip over the summer to a foreign country, and then move to a little city to pursue a degree in Bible and Ministry at a Christian college.

Everything was lined up. I was accepted, I had scholarships lined up, and I would pour over their course catalogs to see what piqued my interest. I had always had a desire to learn Greek, so I excitedly added that to my list of potential classes for my first year.

The financial aid I had turned out to be not quite enough and I was looking at owing several grand in room & board per semester. The thought of going into debt without a solid job lined up at the other end of college graduation stressed me out. I began to think long and hard about this plan I had made. Emphasis on “I made”.

Instead of listening to God and letting Him determine the path for my life, I had decided that I could take the reins back from God. I would control “just” the next few years, because I needed to make sure that I was as prepared as I could be for the world outside of school. I wasn’t trusting God to prepare me for the rest of my life. 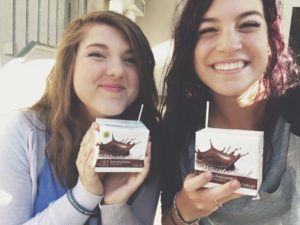 After taking this to God and spending time in prayer, I decided that delaying my college education for a year was best. I had taken dual-credit classes in the last two years of high-school, so I felt like that “allowed” me to take a year off without falling behind on my grand plan.

I graduated that spring like expected, and went on what was initially a six-week missions trip to Europe. God spoke to me in the last 48 hours I was there and asked me to stay another month. If I was still planning on attending college, this extension would have interfered with move-in days, orientation, and put me precariously close to the start of classes. However, with school on pause, I was able to stay and see God move in incredible ways over that next month. 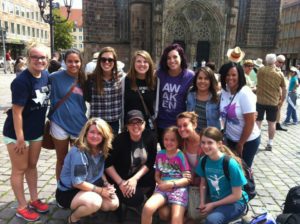 When I finally returned home, I felt a little lost. All of my friends had moved to college while I was gone, and my social media feeds were soon flooded with pictures of dorm rooms, excited posts about great roommates, and the inevitable “first day of school” tsunami of pictures taken for parents back home and reflections on how different college was from their old high-schools.

So far I had spent my time back home with family and the few friends that were still in the area, sleeping through jet-lag, and doing about ten thousand loads of laundry as I got resettled. Attending church felt weird because I was older than the high-schoolers and yet younger and more unestablished than the other young adults. When people asked what I was doing I would make jokes about how busy I was (not) or give a half-hearted “Not much nowadays…” 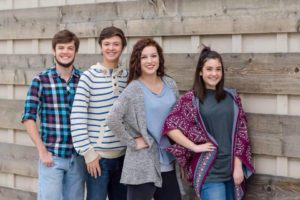 I spent the rest of that year working and finding a new place for myself and my postponed plans in my community. The more time that went on the more it felt like I wasn’t supposed to go back to school, as much as I still adored the thought of it.

I started looking for ways to get back into ministry. That’s where I felt most alive, where I felt like I really belonged and didn’t question myself. A program called Discipleship Training School (DTS) kept popping up, between searches on the Internet and conversations with friends. I had only heard of YWAM briefly during my extended trip that summer; my organization partnered with a DTS team on outreach for a few afternoons of street ministry and they seemed like normal people at least.

I started searching for a DTS to do. There was so many options, it felt overwhelming. I loved all the specific focuses you could do, there were DTS’ for skateboarders, for dancers, for artists, for every niche interest you could think of.

One day, a YWAM base followed me on Instagram. I hadn’t seen anything about them before so I looked at their website in depth. This base, YWAM Ships Kona, was focused on using vessels to bring healthcare and the Gospel to the most isolated people in the South Pacific. 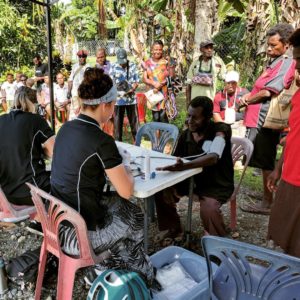 I had only ever done ministry in Europe with a focus on traditional evangelism. I had never dipped my toes into mercy ministries or anything south of my home in Texas. The idea of partnering with ships to bring medicine to people seemed intriguing and living in Hawaii for the first three months of the program certainly wasn’t a deterrent!

Within the next week I had submitted my application and was soon on my way to Kona, Hawaii to do my DTS. 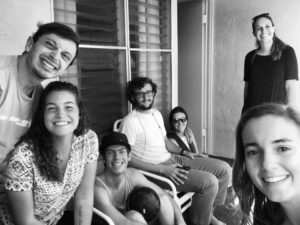 My life would never be the same. My DTS changed my life dramatically, and it also changed the plan I had for myself. After graduating from my DTS in December, I headed home to Texas with a staffing commitment in my back pocket. I spent time at home getting my ducks in a row; packing, raising support, and saying goodbye to my friends and family.

By spring time, I was back in Kona and working in the Communications office writing blogs like these and helping run our social media accounts.

I’ve committed to being here for the next few years, and it doesn’t look like going back to a traditional college is in my future. What is in my future however, is a lot of listening to God, following what He says, and pursuing Him in everything I do.

I don’t know what’s coming next, but He does, and that’s fine with me.