Reaching Those Who Can’t Be Reached

The latest cycle of medical clinics run by YWAM Ships has come to a close. This was a historical time for our organization as for the first time, our newest ship, the m/v YWAM Liberty, worked alongside the m/v Pacific Link. The Papua New Guinean province of West New Britain received over 14,000 services to some of the most remote locations in the area.

Dr. Theresa Lei, the clinical outreach coordinator for the West New Britain province, had few words to say except thank you to YWAM Ships. 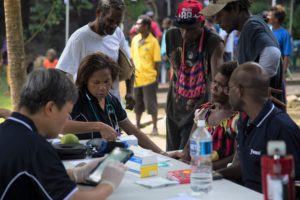 In March, however, Lei was contacted by YWAM Ships and told that our vessels would be coming to her province. The outreaches began in April and many people were impacted. 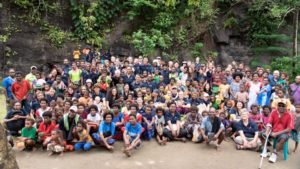 “Over 10,000 people [who came through the clinics] probably would not have been reached without YWAM Ships. We’ve managed to do immunizations programs, family planning, TB screenings, and specialty services like dental clinics and even eye surgeries onboard the ships.”

“It’s been really good reaching out to people in remote areas that we couldn’t have reached without YWAM Ships. I am thankful to Julie [Advance Director and Ship Manager], to Ellie [Medical Director], and to all the Ship Managers who have been tireless in their efforts to help us reach our people.”

“It’s been amazing and I think it’s been an answer to our prayers that YWAM Ships is here.”

An estimated 14,000 services were provided over the course of the six outreach cycles in the province of West New Britain. Services like vaccinations, eye surgeries, and hearing the Gospel through our community engagement teams were among those given to the communities. 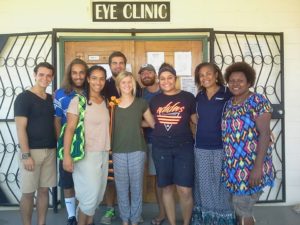