Back to From the crew
Next post: Brian’s Outreach: From Transformation to Revelation

Brian’s DTS: From Understanding to Transformation

He said, ‘You need a change in your life; you need to go serve other people, experience different things.’ I said no for 2 years…

Brian Park, Korean born but raised in Canada, heard about DTS from his dad who had heard about it from a family friend whose son had completed a DTS and had come back completely changed. Even though Brian’s father kept recommending DTS to him, Brian kept turning him down.

When he heard about DTS, he was going to University, getting poor grades and just going through the motions of being in college. He didn’t have any dreams or goals for his future. Once he graduated, Brian realized he had nothing to do with his life with his Bachelor of Science degree and he discovered he knew nothing about Christianity.

Even though he was raised in a Christian home, he’d never read the Bible for himself and hadn’t ever gone to church for himself. He went because his parents told him to.

With this thought in mind, Brian felt he should spend 6 months of his life immersed in the Christian culture to fully experience what it means and then make a final decision of what faith to follow for the rest of his life.

He started thinking about doing a DTS.

A factor that might have deterred Brian from going was him not being a Christian. He had met Christians growing up who were genuine, but he thought Christianity was illogical, irrational and didn’t make any sense.

“It was those people that really kept an innate positive light on Christianity for me even though during University, I stopped becoming a Christian.”

Brian thought DTS was a Christian camp thing with “happy, jolly little Christians” dancing around for the whole 6 months.

He checked out the outreach portion of DTS and found it really appealing. His relativist thinking of suffering and experiencing pain to understand happiness combined with what teams do while on outreach helped Brian to make his decision to go do a DTS.

His father had looked up YWAM locations for him in Hawaii and Switzerland. Visiting Hawaii was a lifelong dream of Brian’s and the place where his dad’s friend’s son had completed his DTS.

When it comes to making decisions like this, Brian looks to his heart and if his heart is on it, then he’s good to go. After making the decision do a DTS, Brian looked up YWAM in Hawaii. YWAM Ships Kona (also known as Ships to the local YWAM community) was the first to come up.

He had been reading the handbook that every student receives when they’re getting ready to come to Ships. It’s a booklet filled with all kinds of information about what to expect upon arrival to the campus. 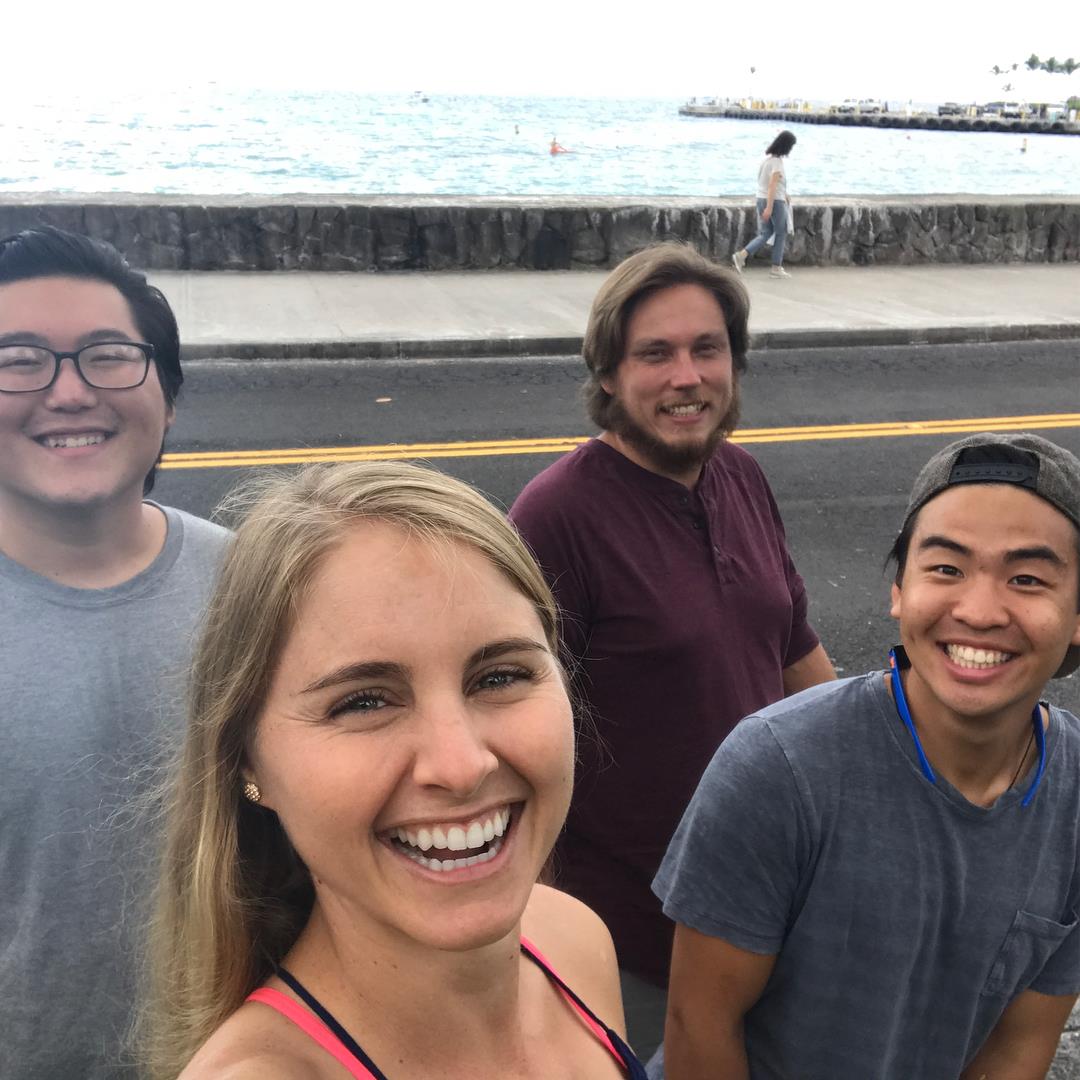 His initial impression of YWAM, however, was when he met Quinn, one of his DTS staff. A big guy with tattoos all over his body and a mullet. Brian was a bit dazed and confused by him; thinking this isn’t what he expected.

Generally speaking, DTS was a really fun time for Brian. With the staff guiding the students through the ins and outs of both lecture phase and outreach, Brian, who considers himself a pretty obedient person, felt it was easy for him to follow their instructions.

The most challenging aspect of DTS was the fact that he didn’t know God and it seemed that everyone else did.

“I didn’t know how Christian it was going to be. I thought everyone was more like me. Most people were quite Christian already. I didn’t realize that.”

During his DTS, all of his fellow students were talking about Christian things and making Bible jokes. Since Brian didn’t know anything, especially about the Bible, it made him feel very inexperienced.

That turned out to be a really good thing for him and it put him in a very humble place. With so many of his younger fellow DTS students understanding Christianity and their relationship with God, Brian saw that there was a lot to learn from them. 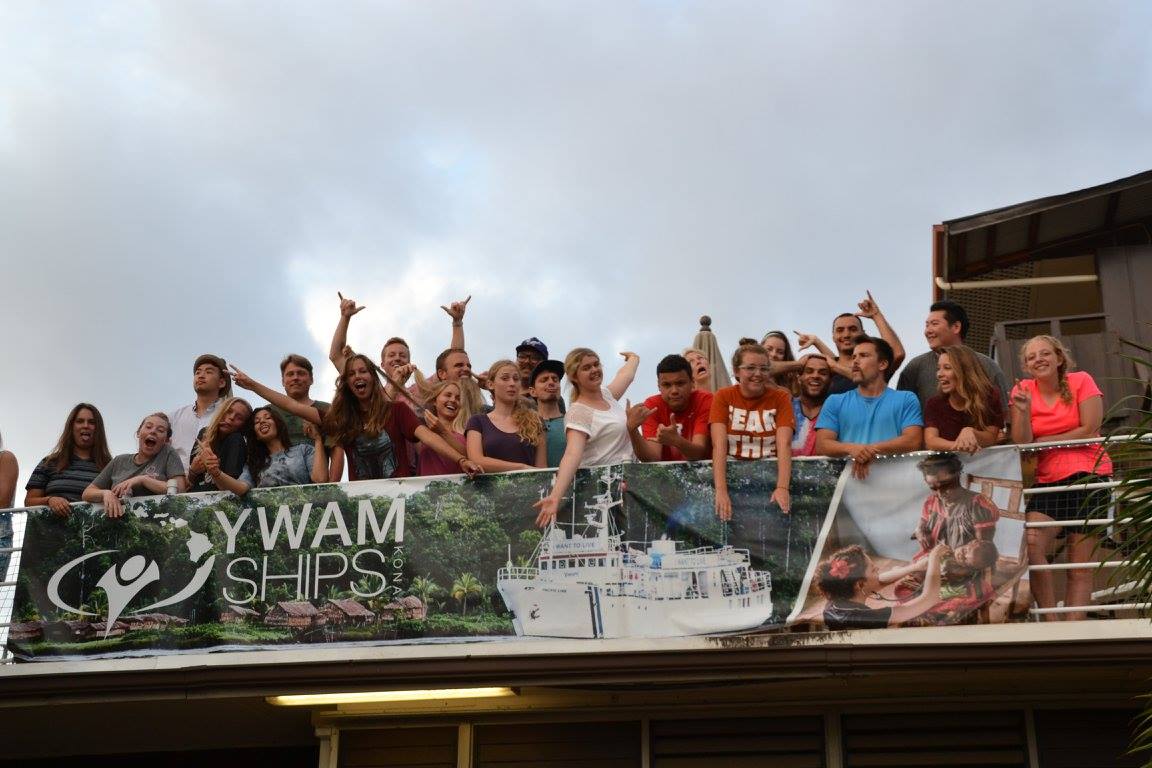 When he was at University, any student younger than him and on the same life path as him was considered a step behind and it was easy to look down on them.

Now, not only was Brian learning about Christianity, but a relationship with God was brewing over the course of his DTS lecture phase. He really noticed it 2 weeks prior to going on outreach. He calls it a “slow progression.”

Up until this point, Brian was striving. He realized he wanted to be a Christian but didn’t feel like he was there yet. As outreach drew closer, he had a lot of worry and anxiety about ministering to other people. He thought, “How can I represent Christianity when I don’t even feel that Christian?”

During one of the ministry nights at the upper campus, Brian and the rest of his DTS went through a time of confessing past sins. Once that was done, he started praying into things and asking the Lord for help in regards to outreach.

Shortly after, Brian was being prayed over by many. All of a sudden, he was inspired to pray even harder. With tears in his eyes from being so overwhelmed with who God is, Brian’s prayers changed from ‘How do I do this?’ to ‘I surrender all of my life to you.’ It was the turning point in his Christian life.

Brian felt joyful and that all of his burdens were lifted up. He felt encouraged by God with surrendering his life to Him and he felt he was able to serve for God because he wasn’t serving his own life anymore.