Back to From the crew
Next post: What Stands Between You And A DTS?

When students prepare to go on outreach after the lecture phase of their DTS, there can be many questions and, possibly, doubts as to to what the students will face and how situations will go.

Each outreach is different in so many ways, from cultures and team dynamics to geographical locations. The greatest thing about outreach is the experience each student has. 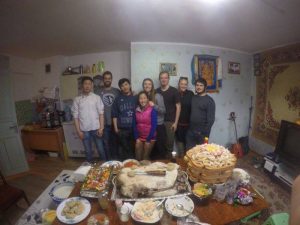 We were on outreach in China and Mongolia, with a team of six people. While we were in Mongolia, we had one day to write emails and make calls to our friends and family back home.

So we went into town to find an Internet cafe. Our leaders were standing outside trying to connect on wifi when a van pulls up. Two young men get out and say ‘Welcome to Mongolia!’

Thinking we were homeless, they invited us over to their apartment to have a meal with them. We didn’t have anything to eat and had been praying about it.

I was a little nervous about going with them, but once my team prayed, we felt fine in going. Once at their place, they served us a traditional Mongolian meal: Buuz (traditional meat steam filled dumpling), rice, vegetables, potato salad, and mule’s milk.

We ended up telling them we weren’t homeless but students on outreach, praying for people. We had a good laugh together and they thought it was really cool what we were doing.

“I thought they were really compassionate and generous to us, like the Good Samaritan in the Bible.” 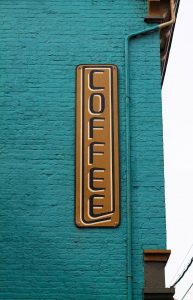 Malory visited YWAM Charlotte to see her best friend, who was on staff there. She thought it would be a good idea to see where her friend lived. She also hung out with the staff.

While doing her DTS in New Zealand and before she left for outreach to Cambodia, she found out from her friend that YWAM Charlotte was also going to Cambodia for outreach.

There wasn’t a lot of details about what YWAM Charlotte would be doing there, but she did find out that they’d be there at the same time.

Malory’s DTS was a barista DTS. While on outreach, their ministry was to help train women in all things coffee at a coffee shop called Daughters of Cambodia.

The team from YWAM Charlotte and Malory’s team tried to meet up but their schedules were crazy busy. Even on their day off, they were still an hour’s drive away from each other.

When Malory’s team walked into Daughters of Cambodia on her team’s day off however, the team from YWAM Charlotte was sitting inside.

It was so unexpected. YWAM Charlotte had brought candy and a note from Malory’s best friend.

“Seeing YWAM Charlotte was really cool. God always takes care of the simple things. Outreach can be hard – this was so nice.” 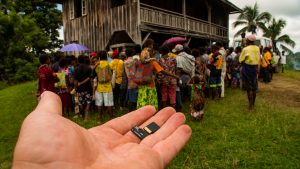 We were in a village around Wewak, PNG for a medical clinic. On this particular day, I was able to roam around and talk to people for a bit. Our team carried audio Bibles on SD cards to pass out.

Once I started passing out the cards, word spread quickly and everyone came asking for them. Before I knew it, I had passed out 60 cards. Way more than we had rationed for the day.

I had to tell people we were out. Later on that day, as I was walking through the medical clinic, I was stopped by a man name Robin. Smiling, he asked for an SD card that “tells you about Jesus.”

I told him we didn’t have any more cards to give out that day but on a different day at a different medical clinic, we’d have more. He asked where the future clinics would be so he could get a card.

Upon seeing his persistence and heart, I said: “Robin, I don’t have any more to give out for today, BUT I do have one just for you.” I told him he had to keep it to himself, because I was making a special exception for him and I made a “shh” gesture with my finger to help demonstrate my point.

I went and grabbed an SD card and came back to give it to him. I slipped it into my palm and shook his hand. He was so excited to have an audio Bible that would tell him more about Jesus in his own language. He had the BIGGEST smile on his face.

What will your story be? Will you reach out to a prostitute and share God’s love; will you help rebuild someone’s house or even give your meal to a homeless man?

The possibilities are endless. Don’t you want to find out?