Back to From the crew
Next post: Partner With Us

What Stands Between You And A DTS?

Considering to pursue a Discipleship Training School (DTS) can cause you to fall into a pit of “what ifs” and fears about this new adventure. There’s insecurities and worries that will rear their head and make you have pause about following what you feel in your heart you’re called to. Obstacles can leap in your way and seem like giant mountains that are impossible to climb, but rest assured that you’re not alone in this journey. Here are a few things that might have run through your head lately.

The biggest thing that might get in your way could be your financial situation. Depending on your DTS of choice, the course fees might seem like a huge insurmountable mountain. The thought of being unemployed for six months, of depending on others for your finances, and not having a guarantee of an income can be stressful and frightening. It definitely was for me.

I had been involved in missions before doing my DTS and fundraising was something I had experience in, however, this was the largest sum of money I had ever faced. In the midst of my fears and anxiety, God gave me an abundance of peace and comfort in my spirit whenever I would begin to fall into a cycle of worry. One thing I held onto when I began to feel anxious was the fact that the storehouses of God have no limit. Just because He provided greatly for one person doesn’t mean that now He has less for you and me.

In any YWAM base, or any ministry around the world, there are always amazing stories of how God provided abundantly even when it seemed impossible! Don’t let a fear of not having enough money stop you from trusting the Great Provider to do what He does best. 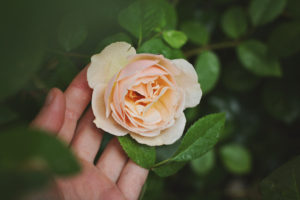 What if you travel across the world (or a few states) and you don’t know anyone? What if you never make any friends, sit alone in your room forever, and spend six months not saying a single word to another human? A little dramatic, but the fear of being alone and having to make new connections with your roommates and fellow classmates is a valid one. It’s scary to be vulnerable and in a new place where you might not know anyone and your closest friends and family are miles away. There’s a temptation to close yourself off and not make that effort, but there’s such a blessing in choosing to go first in friendship and being authentically you. That might look like inviting people to sit with you for meals, planning out weekend adventures with groups of people who you might normally not hang out with, or even just grabbing coffee with someone you’ve seen around the base before and hearing their life story!

The people you’re about to meet are going to be with you every day, and you’ll even go to new places together and learn how to bring the hope of Jesus to people all over the world. Lifelong friendships can be formed in your DTS. I know personally I’ll never forget the people on my team. We went through good times and hard times, we clashed sometimes (which is inevitable) but we chose to fight for open communication and healthy relationships and it’s so worth it.

The first week may be scary as you figure out people and routines, but soon you’ll feel at home and like you’ve found a family amongst your school. Don’t let that fear of not knowing anyone stand in your way of doing a DTS, you can always reach out to the base beforehand and start getting to know people before you even arrive! 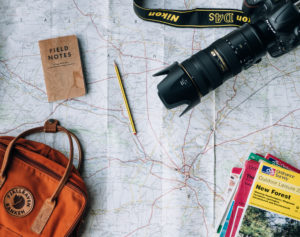 Maybe you’re facing pressure from the people closest to you to follow a “normal” life. Going to university or pursuing a career are great things that can launch people into their calling as well. But maybe that’s not for you right now. Maybe you want to take half a year to go focus entirely on God and learning more about him, to travel to a new place in the world and change the destiny of people living there as you step out into new and exciting roles during outreach. Maybe you want to go into full-time ministry and doing a DTS is your launching pad.

Something I had to learn through my journey to DTS was that obedience to what God is calling me to is greater than the pressure of following a life that might make more “sense”. If God is calling you to university or to a career, then go and run after that! And if he’s calling you to do a DTS, run after that! Being in obedience to God is always our goal as followers of Christ and sometimes obedience requires sacrifice. It might mean that while your friends go to college and start new jobs, that you head in the opposite direction and have an incredible adventure in a DTS! Wherever you end up, knowing that you’re walking in obedience to God is the thing to focus wholeheartedly on.

Maybe you’ve been interested in doing a DTS for a while, but you feel like you’re not in the right season of life for it. While it’s true that the “Y” in YWAM stands for youth, YWAM is a ministry that’s open for people in all walks of life! Maybe you just graduated from high-school or university, maybe you’ve been invested in a career for a while, maybe your kids have grown up and moved out and you’re looking for something new; no matter the stage, a Discipleship Training School can help equip you for the next season God has called you into.

There is a DTS for everyone, there’s family focused tracks, ones that are high energy and adventurous, and even ones for those of us who might have a few more grey hairs. Don’t let a fear of being “too old” or too invested in a career and life stop you from considering if this is what God has called you to. 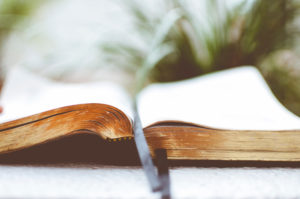 Maybe you’ve heard a few things about doing a DTS and your interest is piqued but you feel like you’re not “spiritual enough”, or that you haven’t been a Christian “long enough” to be involved. That’s a total lie from the enemy. A DTS is for people from all stages of journeys with Jesus. No matter where you are in that walk, you’ll be challenged to grow and mature in your faith in a loving and encouraging environment.

You won’t be shamed if you don’t have the same amount of knowledge about the Bible as some of your classmates might, or if you aren’t totally sure if ministry is something you’re supposed to chase after. Your staff and leaders will help you and your fellow classmates pursue growth in all areas of being a Christ follower, no matter if this is simply the newest ministry experience in a long list or if it’s the first time you’ve ever done anything like it before!

There’s many things that can try and stop you from doing a DTS, but know that you aren’t alone in those fears. Taking a leap of faith and choosing to confront those fears and worries head on can set off a chain of events that ends up changing the trajectory of your life forever.

Taking these things to God and your community at home is a great way to process through what you’re feeling but don’t hesitate to contact the DTS you’re considering as well! That can be a great way to begin to connect and calm down the thoughts swirling in your head. Before you know it you’ll be on a plane with your new friends heading to outreach and you’ll wonder what you ever worried about in the first place.