Brian’s Next Steps: From Revelation to a Life Motivated

“I didn’t have a relationship with God before DTS. It has changed so much since DTS. It’s deepened, become more natural. It has become part of my lifestyle more than anything.”

Brian values a relationship with God so much more than he did before. He feels he understands God’s love and how much God loves him.

What many students face upon completing their DTS is what they will be doing next. For Brian, during the lecture phase of his DTS, he was able to help out in the front office for his work duty. He was assisting one of the full-time volunteer staff, Christina, with many odds and ends such as spray painting, installing items in the office and such.

It was here that Christina started talking to him about what he’s going to do after DTS.

During outreach, Brian had been praying about joining YWAM Ships Kona. He talked it over with a couple of guys on his team and felt it was a good option to have. By the end of outreach, he knew he wanted to go into an HR position. He was really interested in motivating people internally.

How could he motivate employees to work not just for monetary gain but for self-satisfaction? Could that lead them to feel more responsible and satisfied with their job as well as have a better work ethic? He wondered how to do that. 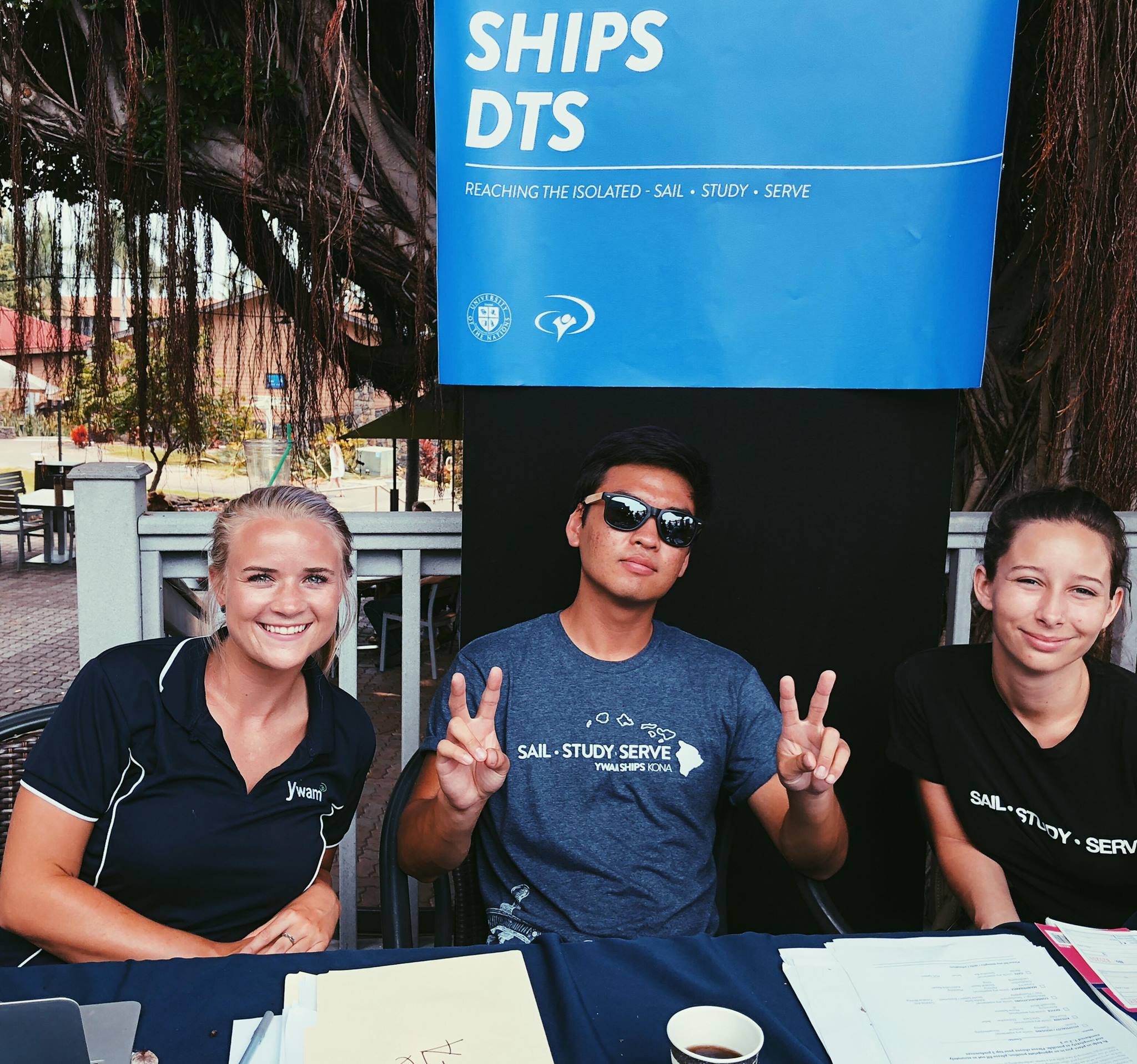 When he came back to Kona to debrief his outreach and finish up his DTS, he talked with Christina. She gave him a rundown of possible options for volunteering full-time with YWAM Ships Kona (also known as Ships to the local YWAM community). At first, nothing seemed appealing but then Christina mentioned how short-term volunteers were in need of someone to look after them while they were volunteering and connect with them if they were having any issues. It was an area that had been slightly overlooked.

This fit exactly what Brian wanted to do.

He felt this was an answer to prayer and decided to join YWAM Ships Kona full-time. A great thing about volunteering with YWAM is the experience you can gain.

When Brian returned to Kona after a short time at home, things didn’t quite go according to plan.

“It didn’t really work out to what I wanted to do, but God put this [upcoming] DTS on my plate. I realized it was actually the same thing that motivated me to come here. Now with this DTS, I have an opportunity of being able to figure out how to motivate these students who are all coming here after high school or during college.” 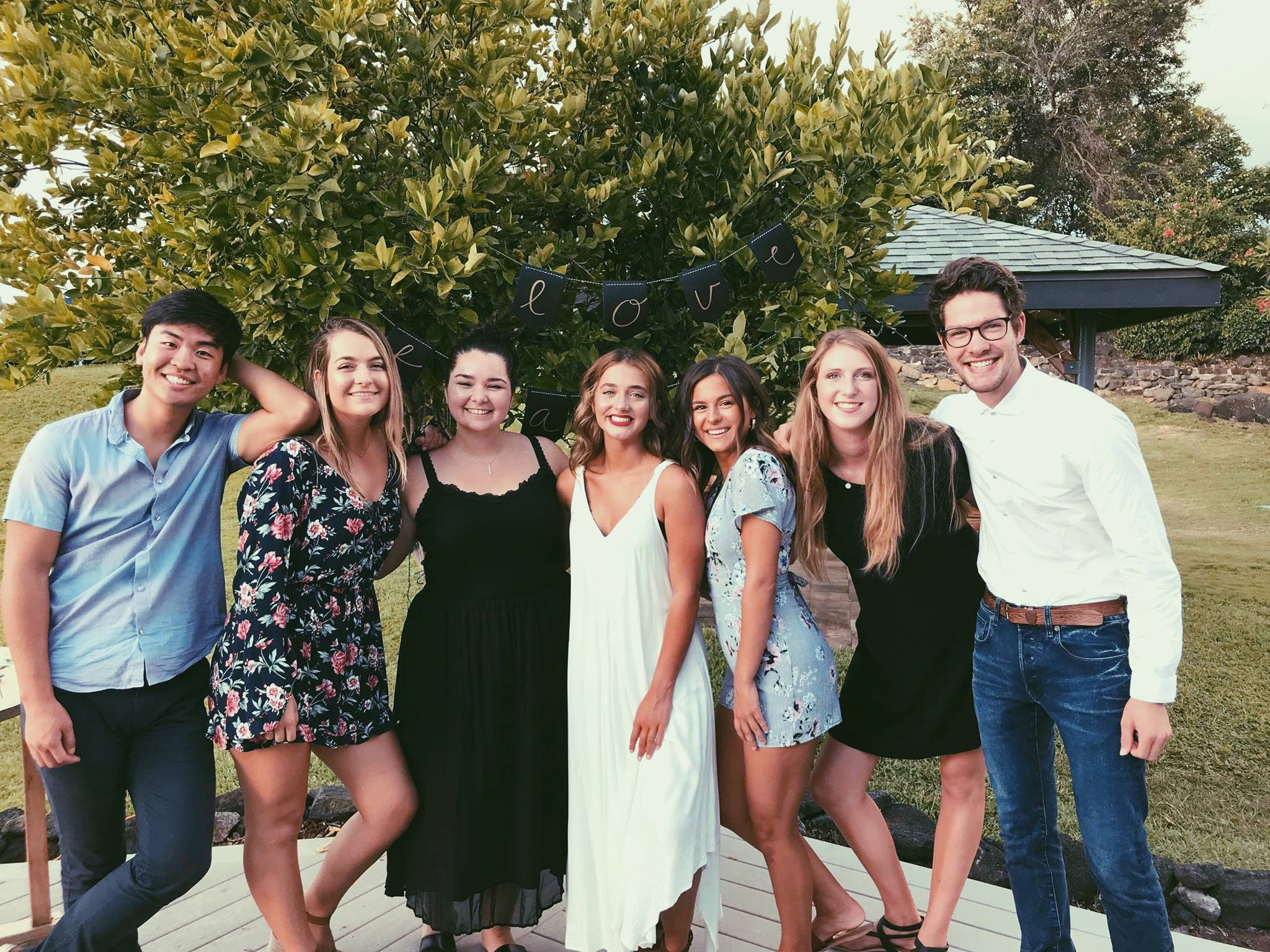 With his 2 year commitment to Ships, Brian can see how he can help others understand their own passions and he can learn how to champion them in what they’re passionate about. Another thing he’ll continue to learn is how to personally be internally motivated. Being involved with YWAM full-time means being a volunteer and not getting paid a salary.

According to Brain, the greatest thing about DTS is that it builds a community where you can be vulnerable and transparent; something that is very hard to get in the world. It’s a time where you can come for 5-6 months and really think about where you’re at and go deeper in your relationship with God.

Brian’s encouragement for those thinking of doing a DTS is, “Come in with an open heart and come in expecting God to meet you because He will. You get to have a community where you can share what you’re dealing with without criticism or judgment coming back to you.”